skip to main | skip to sidebar

Internet Pioneer and California Attorney Karl Auerbach  has opened a “Call for Comments and Discussion” on his proposal for reigning in the powers of the executive branch of the U.S. Government.

Auerbach proposes amending the U.S. Constitution to constrain Presidential power – already growing at an alarming rate in prior administrations – now exploding under Trump. Auerbach’s paper, “Our New Reconstruction” is available at https://www.cavebear.com/cavebear-blog/executive-amendment/

As Gary Kasparov warned in Feb 2017: “… America is about to find out that its government is based on the honor system.” Originally, the framers of the Constitution imagined the U.S. President as a statesman comporting himself with dignity and honor, observing norms and traditions. The Constitution did not anticipate or imagine that the office of the president would ever be occupied by an oligarch.

It is now time to correct the U.S. Constitution with amendments that address this unforeseen development.

To initiate a discussion on “Our New Reconstruction”,  email:  karl [at] cavebear.com
Auerbach is also available for online law school seminars and discussion groups.

Karl Auerbach founded several Internet companies and currently serves as Chief Technical Officer at InterWorking Labs.  Auerbach was a senior researcher in the Advanced Internet Architecture group at Cisco Systems; is the co-founder of the Boston Working Group; and has served on the Board of Directors of the Open Voting Consortium and the Internet Corporation for Assigned Names and Numbers (ICANN).
Auerbach received the prestigious Norbert Wiener Award from the Computer Professionals for Social Responsibility (CPSR).  He was named a Fellow of Law and Technology at CalTech and the Loyola of Los Angeles Law School.  Auerbach is a member of the Intellectual Property Section of the California State Bar.   Auerbach earned a B.S. from UC Berkeley and a J.D. cum laude from Loyola Law School. 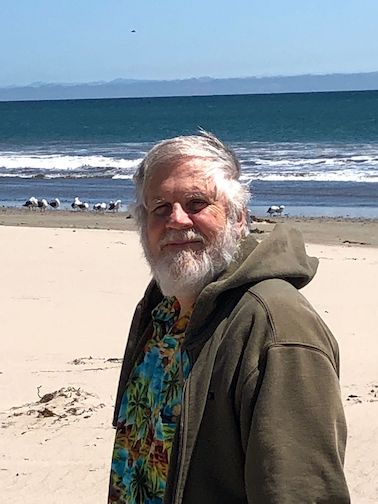 Contact Karl Auerbach via email at karl [at] cavebear.com
Posted by Chris Wellens at 1:47 PM No comments: